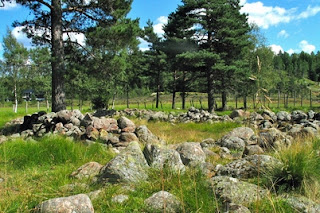 Cannabis was cultivated 1,300 years ago at a farm in Southern Norway

This is not the first sign of hemp cultivation in Norway this far back in time, but the find is much more extensive than previous discoveries. “The other instances were just individual finds of pollen grains. Much more has been found here,” says Frans-Arne Stylegar, an archaeologist and the county's curator.

Sosteli is also further away from current-day settlements than other sites where cannabis finds have been made. Hemp is the same plant as cannabis, or marijuana. But nothing indicates that the Vikings cultivated the plant to get people high.

Most likely it was grown for making textiles and rope.

Click here to read this article from Science Nordic