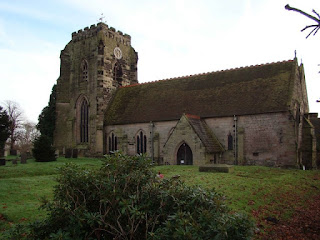 Anglo-Saxon treasures which date back as far as 700AD have been unearthed during a major archaelogical dig at a historic North Warwickshire site.

Dating back almost 1,200 years, Polesworth Abbey, near Tamworth, a Scheduled Ancient Monument, is steeped in centuries of history – some of which has just been unearthed for the first time in hundreds of years.

Originally a Benedictine nunnery which was founded in the 9th century by St Modwena and King Egbert, a near 200-strong team of local people, aged 12 to in their 80s, has spent the last six weeks carefully excavating land on the river side of the abbey as part of a community archaeological dig.

Supported by a professional team from Northamptonshire Archaeology, the team’s goal was to find any secrets hidden in the soil on the site of the monastery’s former kitchen and refectory.