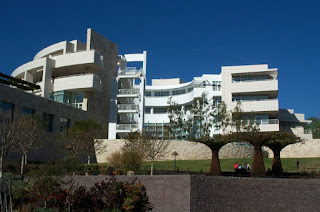 About 30 protesters on Saturday called on the Getty Museum to return seven ornate pages from a sacred, medieval-era Armenian book considered to be a national treasure.

The protesters gathered outside the gates of the museum Saturday holding signs that read "Shame on Getty" and “Our history is not for sale" as Armenian church officials attempt to secure the pages, which they say were illegally obtained by the museum nearly two decades ago.

Click here to read this article from the Burbank Leader

The J. Paul Getty Trust failed Thursday to derail a lawsuit by the Armenian Orthodox Church that accuses the museum of harboring stolen illuminated medieval manuscripts — 755-year-old works that are masterpieces and, to the church, spiritually and historically sacred.

After a brief hearing, Los Angeles Superior Court Judge Abraham Khan denied the Getty's motion to dismiss the claim. The museum's attorneys argued that the deadline for filing the suit had passed decades ago under the statute of limitations. But the judge said that's "not clear" and ordered four months of mediation, scheduling a March 2 resumption if the case isn't settled.

At that point, the judge said, he might focus on the complicated history of the pages' journey from the Turkish region of Cilicia to America during and after the World War I-era Armenian genocide, in order to determine whether the suit filed last year meets the six-year statute of limitations.

Click here to read this article from the Los Angeles Times