The Dead Sea Scrolls may have been written, at least in part, by a sectarian group called the Essenes, according to nearly 200 textiles discovered in caves at Qumran, in the West Bank, where the religious texts had been stored.

Scholars are divided about who authored the Dead Sea Scrolls and how the texts got to Qumran, and so the new finding could help clear up this long-standing mystery. 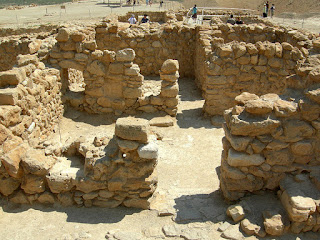 The research reveals that all the textiles were made of linen, rather than wool, which was the preferred textile used in ancient Israel. Also they lack decoration, some actually being bleached white, even though fabrics from the period often have vivid colours. Altogether, researchers say these finds suggest that the Essenes, an ancient Jewish sect, "penned" some of the scrolls.