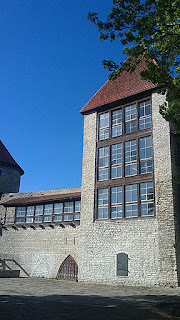 Tallinn has announced it will begin renovating towers along a stretch of city wall that promises to turn the ancient ramparts and secret passageways into a viable alternate route between upper and lower Old Town.

The city government announced on October 3 that it would restore the Neitsitorn and Tallitorn tower and the city wall walkway between them. This will link up with two other projects: by 2012, it should be possible to walk along the parapet from Neitsitorn to its storied neighbor Kiek in de Kök and, by August 2013, from Neitsitorn all the way to Freedom Square, partly via old underground passageways.

Click here to read this article from Estonia Public Broadcasting