Geoffrey of Monmouth wrote the story of King Arthur in Oxford, historian finds 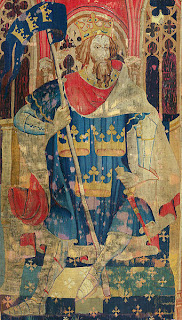 The story of King Arthur and the Round Table became a national myth thanks to Geoffrey of Monmouth's Historia Regum Brittaniae – the History of the Kings of Britain. New research has unveiled that this work was written in Oxford.

Helen Fulton, professor of medieval literature at York University has found evidence that Geoffrey was in the English city from between 1129 and 1151, the period when he wrote the legendary account. She tells The Oxford Times, "Geoffrey can certainly be traced to Oxford between 1129 and 1151 because his name appears as a witness on a number of charters – grants of land normally awarded by the king to a particular priory.

Sarah Peverley, senior lecturer at the University of Liverpool, added “Scholars were already aware that Geoffrey spent a great deal of time at Oxford, studying and teaching there, but the new attention given to documentary evidence linking him to the city is fantastic; it will help us to re-evaluate his social milieu and the cultural influences at work on him as he was composing the Historia.

“Though the British fascination with Arthur dates back much further than Geoffrey’s Latin chronicle, Geoffrey is ultimately responsible for the enduring popularity of King Arthur’s story today. He took stories of Arthur’s deeds and achievements from oral culture and brief references to him in earlier works, such as the Historia Brittonum, and invented a golden Arthurian age in the British past.

“His narrative presents history as it should have been, not as it really was. The chronicle’s influence was far-reaching in the Middle Ages, and the Arthurian tales that Geoffrey inspired went onto influence Arthuriana in every subsequent age.

“King Arthur’s appeal is timeless because he’s a touchstone for greatness: he answers society’s desire for strong and just leadership."