A historian in Germany has come across a new collection of medieval Arabic stories - a kind of precursor to the famous book known as One Thousand and One Nights. Claudia Ott, a professor at the University of Erlangen-Nuremberg, discovered The Book with the Story of the 101 Nights in a 13th century Andalusia manuscript. 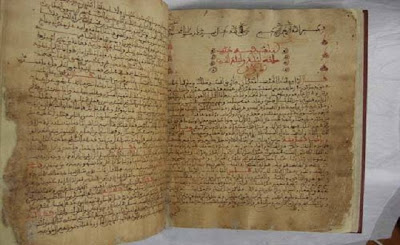 The 101 Nights contains 17 stories, two of which can also be found in the 1001 Nights, with most set in India. Ott adds, “It is certainly not by chance that this backdrop has something Oriental about it when seen from an Arabic perspective. It is an image of an Orient that is far away, unfamiliar and exotic — for this reason, particularly attractive."

Ott first saw the manuscript on display at a museum in Berlin, and when she had the chance to look at, soon discovered its importance. She has translated the work into German.

You can read more about this discovery from the Egypt Independent