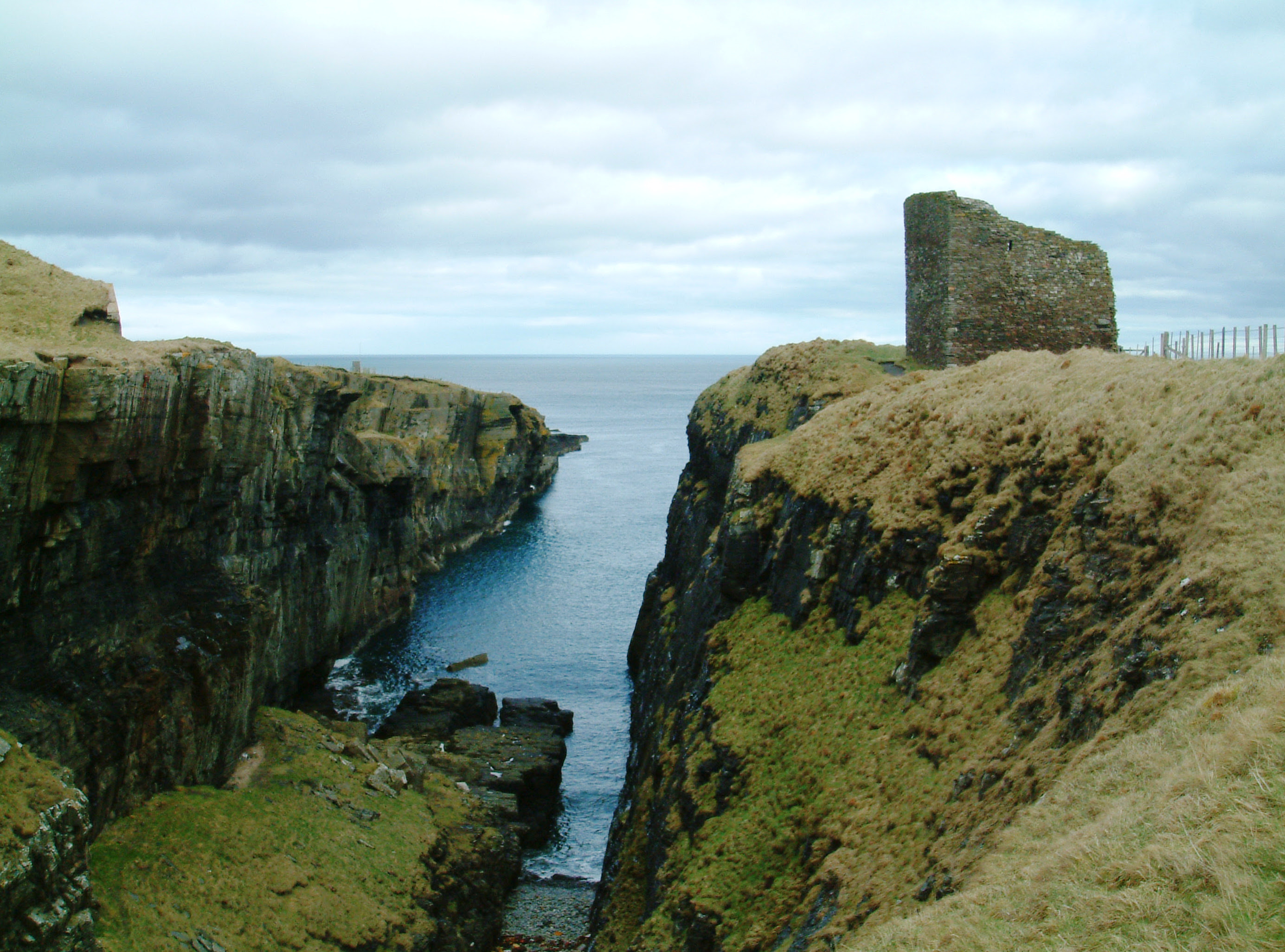 Standing on a 100 foot sea cliff, visitors to the Castle of Old Wick can’t help but be impressed by its dramatic location. This week an archaeologist and a stonemason will get an even stronger sense of its drama when they abseil over the edge to inspect are area of walling which is at risk of decay.

Due to the sensitive archaeology of the site their ropes cannot be fixed to the castle or even pinned into the ground, and will have to be attached to heavy weights resting on the ground.

Patricia Weeks, Historic Scotland cultural resources advisor, said: “This is an area of walling which seems to be in need of conservation in order to prevent deterioration.

“The archaeologist and stonemason will go over the edge at a point where the cliff is around 100 foot high – certainly not the sort of challenge that everyone would want to take on. They will inspect the walling and take lots of photographs which we can then use to decide the best course of action to protect the castle for the future.”

It is probably the first time that archaeologists will have had a proper chance to investigate this section of walling – as it would normally be far too risky to reach.

The castle, known also as the Old Man of Wick was built in the 12th century when the Norwegian earldom of Orkney included Caithness, and was united under Harald Maddadsson. The castle is thought to have been his stronghold on the mainland of Britain. There is evidence that the site was occupied before the present castle was built.

All that remains today is a tall tower sitting on the very edge of the cliffs, about half a mile south of Wick Bay and of the modern town of Wick, but originally the castle had at least 4 stories as well as extra buildings containing workshops and other quarters.

During the 14th century it was owned by Sir Reginald de Cheyne who was a supporter of Edward I during his attempt to establish John Balliol as King of Scotland, although there is no evidence of a battle having taken place there. It was abandoned in the 18th century.