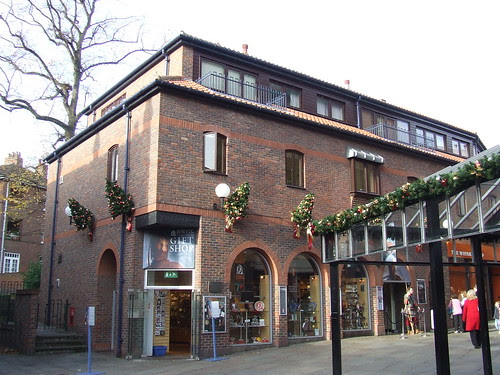 The Minister for Culture, Creative Industries and Tourism has hailed £1 million plans to redevelop the world-famous Jorvik Viking Centre a ‘major boost’ to tourism in the region.

Speaking at the Viking Centre about York Archaeological Trust’s £1 million plans to redevelop the centre during a visit to York on Tuesday, Barbara Follett said: “This is a major boost for tourism in Yorkshire. The Jorvik Viking Centre is without doubt one of the region’s flagship attractions. It has become one of the cultural ‘rites of passage’ for children, and investing in its future will help ensure that the tourism sector in the region remains buoyant.”

Since it opened in York 25 years ago, the Viking Centre has had more than 15 million visitors and has become one of the cultural ‘rites of passage’ for children throughout the UK.

Trust chief executive, John Walker, says the redevelopment plans for the centre reflect the charity’s commitment to supporting the wider regional drive to increase annual visitor spend in Yorkshire by £300 million over the next three years. He says:
“Domestic tourism is seeing a boost as the recession bites, but we want to see visitor numbers continue to climb as the economy recovers. It’s vital that the UK tourism industry – and historic attractions in particular – invests in its facilities to remain competitive in a fast moving world by staying relevant, interesting and inspiring.

“Our feedback shows that visitors to Jorvik are immensely interested in the authentic archaeology behind the centre, and this is at the heart of the
redevelopment.”

The plans include an underfoot reconstruction of the original Coppergate excavation on which the Viking Centre was built; new, state of the art animatronics and the reconstruction of a new Viking-age house and backyard.

Work will start on the redevelopment in November this year for completion by February 2010. Director of attractions, Sarah Maltby, says the Viking Centre will remain open throughout the majority of the redevelopment programme, with a 25% discount on admission prices through November and December. It will close in January 2010 for four weeks.

She says; “People often forget that at Jorvik Viking Centre you are standing on the site of one of the most famous and astounding discoveries of modern archaeology.

“Thirty years ago, York Archaeological Trust archaeologists revealed the houses, workshops and backyards of the Viking-Age city of Jorvik as it stood 1,000 years ago.
“We built the JORVIK Viking Centre on that excavation site, creating a ground breaking visitor experience that changed the face of museums. Our determination to recreate a Viking city as authentically as possible brought in techniques and technology that were then copied by museums all over the world.

“We plan to bring that excavation to life within the Viking Centre as part of the redevelopment, as well as installing new, lifelike animatronics, displaying never before seen Viking-age objects and incorporating recent research that has added to the picture of what life was like in 10th century York.

“York Archaeological Trust continues to unearth breathtaking discoveries that bring us closer to understanding the everyday lives of our ancestors. From 2009 our explorations will develop further afield and, who knows, there may be another breakthrough just around the corner.”