Pope Francis and the Middle Ages

Jorge Mario Bergoglio has become the latest man to follow in the footsteps of Saint Peter and become the Bishop of Rome and Pope of the Catholic Church. The Argentinian Cardinal has chosen his papal name to be Pope Francis, inspired by Saint Francis of Assisi, the 13th century Italian who founded the Franciscans. 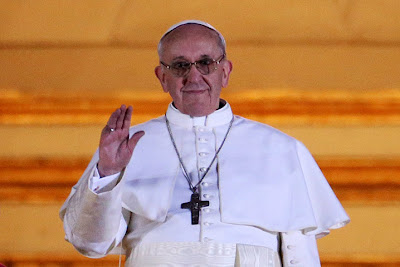 In an article from the Washington Post, some of the reasons why Cardinal Bergoglio took the name Francis are discussed. Chad Pecknold, assistant professor of theology at the Catholic University of America, commented “I think he’s going to be the people’s pope. We often associate Saint Francis with incredible love for humanity.”

You can learn more about the founder of the Franciscan Order from there two articles:

Love and Saint Francis of Assisi: A Performer in the Middle Ages

The Friar and the Sultan: Francis of Assisi’s Mission to Egypt

I also wanted to point out this excellent article How History Can Help Us Predict the Next Pope, by David Perry, a history professor at Dominican University in Illinois.

Voting is a quintessentially medieval activity. Sure, popular representations of the Middle Ages focus on kings and knights, princesses and peasants, but medieval people, especially in cities, loved to vote. They organized themselves into groups - guilds, religious fraternities, charitable organization, drinking societies - and wrote complicated bylaws governing elections. Many cities embraced various kinds of representative government during the High Middle Ages. Even the army outside the walls of Constantinople in 1204 took time to develop a voting system to elect the next emperor.