500 years later, Michelangelo’s ‘greatest work of art’ may be completed

From the espresso-serving waiters to the floor of the Uffizi, Florence residents are hotly debating a suggestion by the mayor that the city should take over where Michelangelo left off five centuries ago and complete a façade for the famous San Lorenzo Basilica. 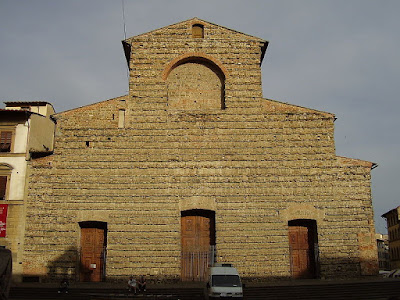 The great artist was commissioned in 1515 by Pope Leo X to build the front of the ornate church — one of the oldest in Florence — out of white marble from Carrara. But when the financial strain of buying and hauling the huge chunks of rock from northern Tuscany became apparent, the pope abandoned the project and assigned Michelangelo to work on another part of the church.

Construction on the façade was never initiated. A few sketches and a wood model are all that remain of Michelangelo’s 500-year-old plans.