New Insights into the Medieval Construction of Charles Bridge in Prague 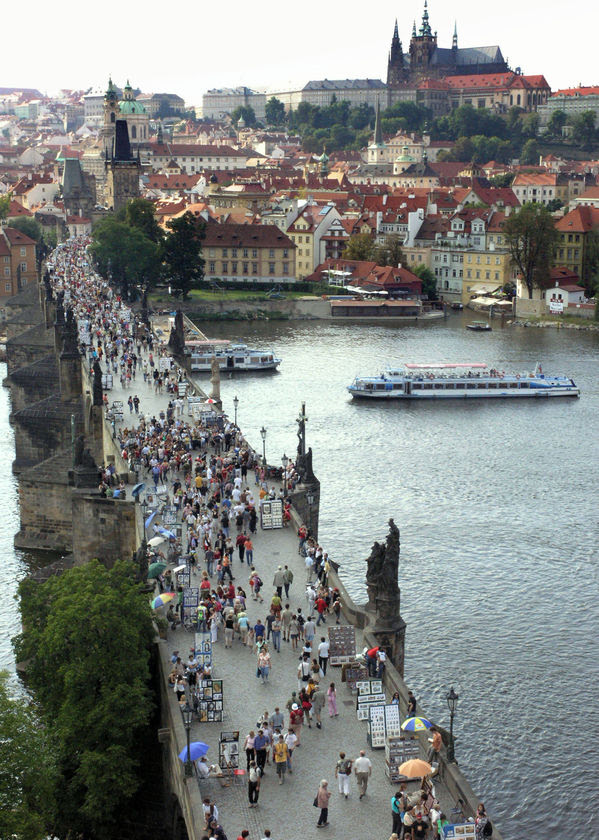 The builders of the 14th century Charles Bridge in Prague used modern methods that are only ascribed to their present-day colleagues, Richard Prykril, from the Natural Sciences Faculty of Charles University, said in a lecture today.

He said this is proved by the research into the bridge in which he has participated since 2002. The construction of the bridge was ordered by King of Bohemia and Roman Emperor Charles IV (1316-78). The foundation stone was laid on July 9, 1357.

The reconstruction of the Gothic bridge decorated with some 30 statues of saints mainly in Baroque style, one of the major landmarks of the capital, was launched last August and it is to be completed in mid-2010.

Prikryl said medieval builders used to add additional agents to the mortar of the masonry that fills the bridge's interior by which they improved its quality.

Similar procedures were used by ancient Rome builders but scientists have believed to date that these technological skills disappeared with the fall of the Roman Empire.

"We maintain that there is no 1000-year-long gap in knowledge, but that it was a very carefully guarded know-how of construction works," Prikryl said, pointing to the Charles Bridge masonry.

He said scientists were surprised by the quality of the masonry. "They created a masonry whose properties are similar to modern construction materials which we describe as light construction concretes," Prikryl told CTK.

Such material is light, but at the same time firm. Prikryl said one cubic metre of Charles Bridge masonry weighs only about 1850 kilograms, but it lends great stability to the bridge.