Thessaloniki to restore its medieval walls 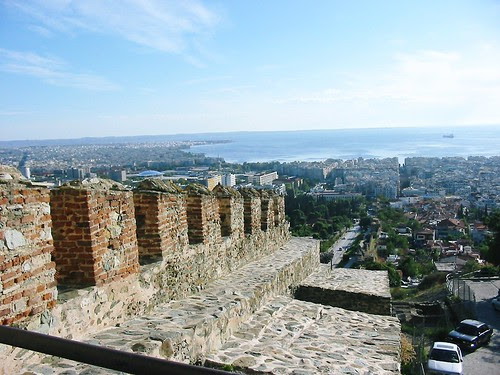 
The municipality of Thessaloniki on Tuesday announced that it will soon restart a restoration and excavation programme aimed at further uncovering and showcasing the ancient metropolis' medieval walls.

According to municipal officials, a further 20 old buildings and structures along Eptapyrgiou street -- all erected in the 20th century -- will be demolished.

"Another 10 buildings were listed, the rest we can demolish and create a green space, next to the Byzantine walls," Thessaloniki Mayor Vassilis Papageorgopoulos said.

The city, Greece's second largest, was founded in the fourth century BC by King Cassander of Macedon on or near the site of the ancient settlement of Therma in honor of his wife, Thessalonike, a half-sister of Alexander the Great. The name, in Greek, means "victory over the Thessalians".