What did people read in the Middle Ages? 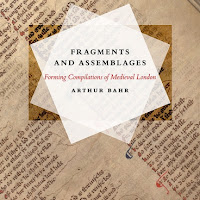 A new book is looking at how people in late-medieval London read. Arthur Bahr, a professor of literature at MIT, found that many people maintained eclectic reading habits.

In his latest work, Fragments and Assemblages: Forming Compilations in Medieval London, shows the ways people in the Middle Ages would create books that included a wide variety of different texts, including chronicles, letters, literature and religious texts. For example, Andrew Horn, the chamberlain for the city of London in the 1320s, bound together various texts, including legal treatises, French-language poetry, and descriptions of London.

Arthur Bahr comments, “Horn actually uses the construction of his books to create literary puzzles for his reader. One poem just doesn’t make sense, but if you read the poem in juxtaposition with the legal treatise that comes after, then the two pieces make sense. He’s suggesting that the law and literature are sort of the yin and the yang, you need both. And that is kind of amazing, really.” 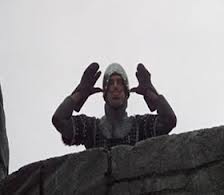 Jan Dumolyn and Jelle Haemers, who did research on Flemish rebels in the later Middle Ages, found that these men could hurl insults with the best of them. The top five were:


Some of these insults are rather obvious, others take a bit of understanding. Check out the article The five most common insults and slogans of medieval rebels from Oxford University Press to learn more.

Taxes between Wales and England

Nia M.W. Powell of Bangor University writes about at taxation records from England and Wales between the 13th and 17th centuries. While it seems in the Middle Ages it could be quite difficult for the crown to get consent for tax subsidies from the commons, efforts were made to make a more uniform tax regime during the 16th century.

Powell adds, "Early modern Wales has been presented so frequently as “poor little Wales”, a land of backward impoverishment lagging behind its prosperous and “progressive” English counterpart, a country lacking towns and even rejecting urban civility, a country struggling against the odds.

"This is not the picture drawn by early modern taxation records, particularly with regard to urban life. Port towns in north and south Wales reveal an enviable prosperity among its inhabitants that equalled and surpassed most urban centres in south-west England."

You can read Powell's article Welsh History Month: Tax records throw light on the story of Wales from Wales Online.

Archaeologists in Estonia have discovered the skeletal remains of a man in Tartu Catherdral. Martin Malve, of the University of Tartu, says, “We can currently say that the skeleton originates from the 13-15th century, when tombs were actively used for burials. The skeleton belonged to a man aged 40-50. Initial examination shows that the teeth were relatively unworn; there were a few teeth missing from when he was alive, as well as plaque and dental cavities. The right elbow [...] had a healed bone fracture that could have resulted from trying to stop a fall,” Read more from Estonia Public Broadcasting 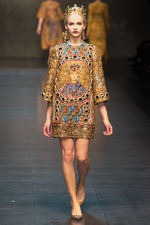 Archaeologist with the Gwynedd Archaeological Trust have discovered a Roman construction camp and early medieval cemetery in Wales. Check out this article from the BBC or read the full archaeological report.

In Ireland thieves stole an entire window from a medieval church.

Finally, did you know that Byzantine art from 1174 influenced this year's fashion trends? No...neither did I. So says The Guardian in this article 12 great years for fashion.