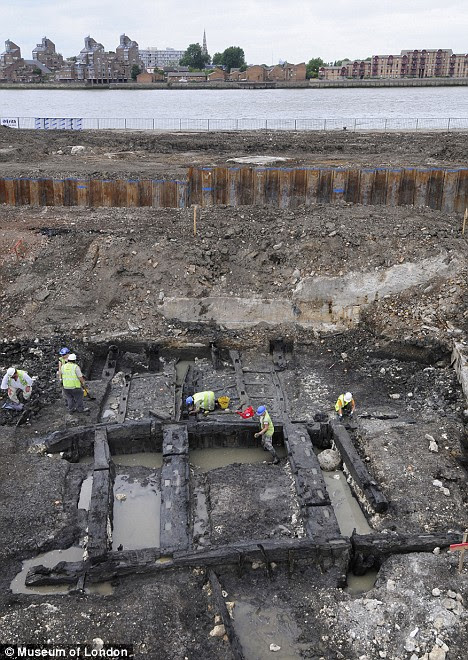 The London Eye may tower over modern London, but the discovery of a medieval water mill in Greenwich shows it had an 800-year-old precedent.

The find, at Greenwich Wharf, is the earliest tide-powered mill to be discovered in London, and was an extraordinary feat of engineering when it was built in the late 12th century.

Archaeologists from the Museum of London discovered the foundations of the mill, which measured 10 meters by 12 metres at its base and had a wheel diameter of 5.2 metres, during preparations for a new housing development.

The discovery includes a large piece of intact wheel and an enormous trough made from a single oak beam. It was so well preserved in riverside peat deposits that carpenters' construction marks are still visible on the wood.

The structure has now been dismantled, and key sections have been moved to York Archaeological Trust for conservation work.