How Columbus Day Fell Victim to Its Own Success

Today is Columbus Day, a solemn occasion marked by parades, pageantry, and buckets of fake blood splashed on statues of its namesake. Activists have turned the commemoration of Columbus' landfall in the New World into an annual protest against "the celebration of genocide." What the protesters may not know, however, is that the holiday they are protesting once played a crucial role in forging a society capable of listening to their concerns. This is the curious tale of how Columbus Day fell victim to its own remarkable success.

Christopher Columbus has been, from the first, a powerful symbol of American nationalism. In the early American republic, Columbus provided a convenient means for the new nation to differentiate itself from the old world. His name, rendered as Columbia, became a byword for the United States. Americans represented their nation as a woman named Columbia, adopted Hail, Columbia! as an unofficial anthem, and located their capitol in the District of Columbia. 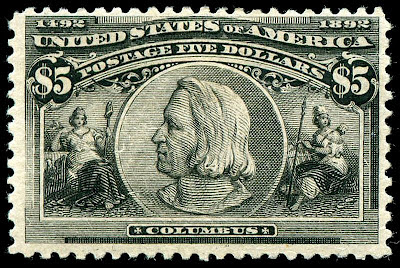 Italian-Americans, arriving in large numbers in the late nineteenth century, took note of the reverence which their famous countryman enjoyed. It was a far cry from the treatment they themselves received. Many Americans believed Italians to be racially inferior, their difference made visible by their "swarthy" or "brown" skins. They were often portrayed as primitive, violent, and unassimilable, and their Catholicism brought them in for further abuse. After an 1891 lynching of Italians in New Orleans, a New York Times editorial proclaimed Sicilians "a pest without mitigation," adding, for good measure, that "our own rattlesnakes are as good citizens as they."

Italians quickly adopted Columbus as a shield against the ethnic, racial, and religious discrimination they faced in their adoptive country. They promoted a narrative of national origins that traced back beyond Plymouth or Jamestown, all the way to San Salvador. How could a nation, they asked, reject the compatriots of its own discoverer?