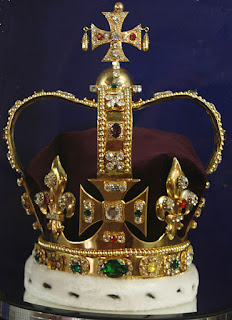 A French city that produced generations of English kings is demanding the British Crown jewels as compensation for a 15-century execution that ended the Plantagenet line. In a petition that the mayor of Angers, in the Loire Valley, intends to send to Queen Elizabeth II, the killing of Edward Plantagenet is called a “state crime” that ended three and a half centuries of reign.

“The legacy of the Plantagenets must return to his heirs and the Crown Jewels of England must return to the Angevins,” reads the petition, which is hoping to garner 800,000 signatures. The House of Plantagenet produced such famous monarchs as Richard the Lionheart and Henry V. The line ended with Edward Plantagenet, whose death came during a murky and brutal time in English royal history.

Edward Plantagenet’s father was the brother of King Richard III and his cousin, Edward of Middleham, was the royal heir. But after his father was executed for treason and his cousin died, making Edward the last legitimate male of the line, the 10-year-old was named heir. That designation was revoked upon the death of his aunt, Queen Anne.