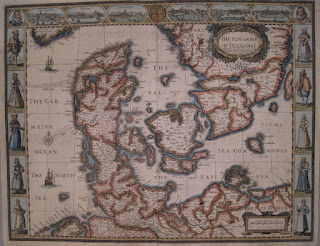 Danish Archaeologists have been busy digging around the old Cathedral in Ribe for several years. Here lies a cemetery, which was abandoned about 1050. The sensational character of the find has however more to do with the fact, that the earliest graves have been dated to around 850 – more than a 100 years before Denmark was officially Christianised according to the famous rune-stone of Harold Bluetooth in Jellinge.

All in all the archaeologists believe there were between 1500 -2000 graves in the cemetery of which at least 60 (and probably 75) belong to the earliest phase. The dead persons have been buried in a number of different types of caskets made of wood, one of which may even have been a small boat. However, the graves are all pointing towards East and no grave-goods have been found. Strontium analysis has shown that the buried persons grew up locally.

Click here to read this article from Medieval Histories