Update on the Earthquake in Abruzzo


The Italian news agency ANSA reported that two strong aftershocks, one registering 4.7 on the MMS scale and lasting for around a minute, shook buildings at 11:27 Tuesday and resulted in shaky plaster and cornices collapsing in L'Aquila. The aftershocks caused panic among survivors who had spent the night in their cars outside their homes, many of whom fled away from the buildings fearing further collapse.

Government officials also noted that between 10,000 to 15,000 buildings damaged or destroyed, and that 30 million euro has been requested by culture officials for emergency works to shore up the most important architectural treasures. 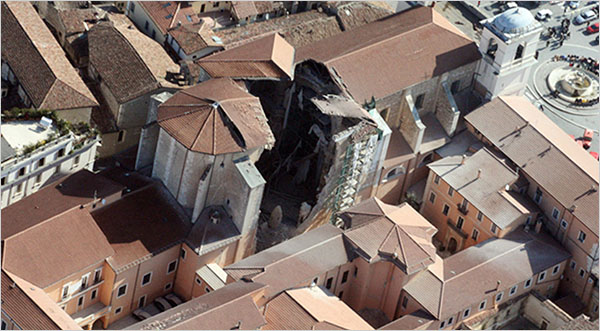