Link between Templars and Robert the Bruce called "rubbish" 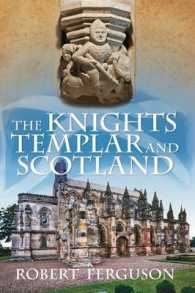 A book about that claims the Templars joined forces with the Scottish king Robert the Bruce at the battle of Bannockburn in 1314 is meeting criticism from scholars.

In his book, The Knights Templar And Scotland, Robert Ferguson claims that many Templars arrived in Scotland after their order was disbanded and many of their leaders put on trial for heresy in 1307.

In an interview with the Scotsman, Ferguson says, "There is now good evidence that a number of Templars, if not most of them, were aware that they were going to be arrested, and they escaped. There's only two places they really could escape to, Portugal and Scotland."

He adds "Given the battle plan that is commonly accepted for Bannockburn, I believe that the Templars were necessary. The existence of Templars at Bannockburn follows a consistent line of facts."

This interpretation of history has been dismissed by a leading scholar on the Templars. Helen Nicholson, a professor of history at Cardiff University, explains "There are no records of any French-speaking knights appearing in Scotland in the early decades of the 14th century in a country where French speakers would certainly be noticed."

She notes that the claim that Templars assisted the Scots against the English goes back to the 19th century. "The myth is being used to show that Robert the Bruce was a weak man who couldn't win his own battles," she said, "rather than the inspirational military leader that he was. I think that the Scots should be fighting this myth."

Overall, she finds that Ferguson's work is "rubbish", which should rank among other fictional claims such as that the kingdom of Scotland was founded by the Egyptian princess Scota.

As for the claim that the Templars came up with the strategy to defeat the English, Nicholson replies, "Bruce's battle plan at Bannockburn would have followed best contemporary practice which, as the Templars also did the same, would have meant that there were some elements in common. This does not mean that Bruce had actually met any Templars."

The Battle of Bannockburn was fought near Stirling, Scotland, on June 23-24, 1314. It ended with Robert the Bruce and his Scottish troops defeating the English forces under King Edward II, and was a significant battle for Scotland's independence from England in the 14th century.