Ireland's government has created an advisory committee to help protect the famous medieval site of Skellig Michael, which some fear will limit access to the island from tour operators. 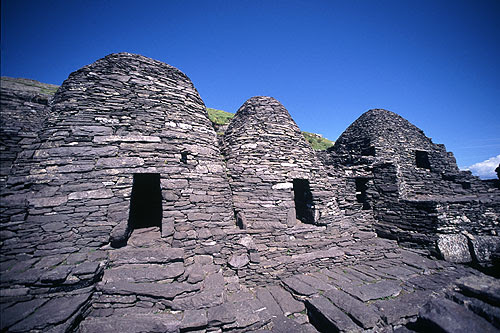 A report published in late 2007 by Unesco, the UN body responsible for designation of World Heritage Sites, was critical of the management of the 6th century monastic outpost off the Kerry coast. It found that conservation works had “dramatically altered” the appearance of surviving ruins on the island’s South Peak.

However, the archaeological site would still retain its “outstanding universal values” intact if the conservation work was documented in an academic publication, the Unesco mission report said. Unesco recommended that a site manager be appointed, and said that a “durable agreement” should be negotiated with Skellig Michael ferry operators.

It recommended that an academic advisory committee be appointed, and was critical of the Irish government for failing to consult with archaeologists and other stakeholders before embarking on the South Peak conservation works.

Michael Gibbons, the Connemara archaeologist who first highlighted concerns about State management with Unesco, has welcomed the establishment of the new expert advisory committee, but said that tourism/ferry interests should also have a representative. He added, "Hopefully the committee will finally resolve the conflicting claims as to the authenticity of the remaining surviving monuments and the extent to which the conserved buildings are replicas or not”.

However, Mr Gibbons said it was regrettable that no one from a heritage tourism-management background had been appointed, especially given the recent death of an American tourist on Skellig Michael, and the need for independent research on visitor flow and management issues. “The Unesco Tourism Charter is very specific in granting host communities the right to be involved and consulted in World Heritage Sites. It is one of the aims of a World Heritage Site designation that benefits flow to the surrounding communities.”

Kenneth Roddy, Skellig Michael ferry operator, said he found it “shocking” but “not surprising” that tourism and ferry interests had not been appointed to the new committee.

Skellig Michael is the most spectacularly situated of all the early medieval island monastic sites and it comprises a well-preserved monastery and remote hermitage. The island’s isolation has helped to preserve and protect the monastic remains. Their state of preservation and authenticity makes Skellig Michael of immense and immeasurable importance. It represents a unique cultural achievement illustrating a significant period of history and a civilisation which has disappeared.

Skellig Michael is also internationally renowned as one of the most important sites for breeding seabirds in Ireland. The steep rocky slopes and cliffs provide nesting places for species such as Fulmar, Kittiwake and Guillemot, while Storm-petrel, Manx Shearwater and Puffin nest in burrows and other holes throughout the island. In 1996, the site was added to the list of world heritage sites by UNESCO.